In the afternoon of Day One of the Urban Agriculture Forum the attendees split into groups and engaged in a focused discussion around four areas of urban agriculture. With the ability to select an area with the most relevance to their interests and expertise, the attendees selected between the topics of; urban agriculture and advocacy, backyard growing and food forests, commercial urban farming in Australia, and the role of local government.

The aim of the working groups was to develop a list of actions and recommendations that would form the basis of the Forum’s follow-on agenda. The working groups utilised the Socratic circles method of group discussion, a democratic approach to sharing ideas, teasing out issues, engaging in spirited debate and building relationships. Each group was first posed a series of questions by a designated group expert relating to important future considerations within the area being explored.  With the aid of the group expert and support team, new questions were raised  as the groups worked through the questions initially posed by the expert.  Each group was split up into two concentric circles where only one circle was given the opportunity to speak at any given time, a format that encourages equal contributions from participants. The actions /outcomes that were proposed are as follows; 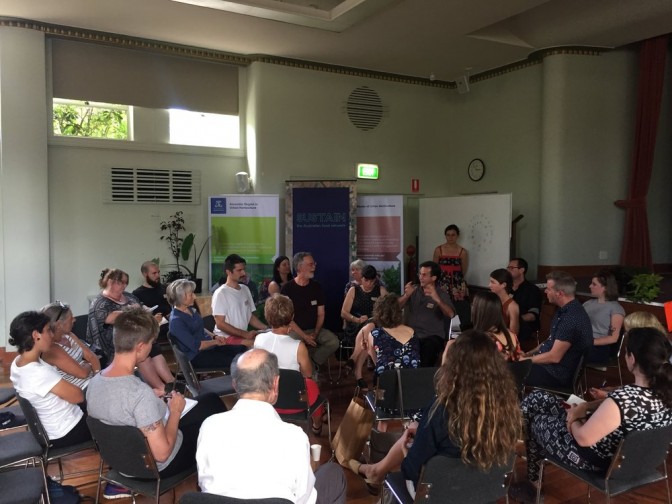 Initial Question(s): What should the role of city-wide groups be in created a shared advocacy platform for fairer food systems? 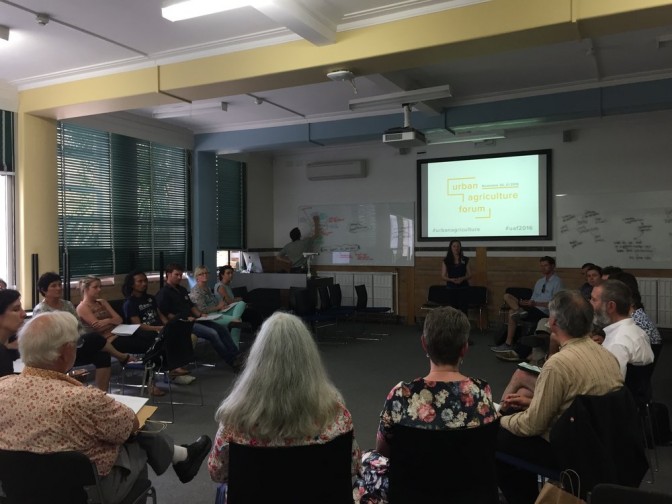 Initial Question(s): How can we expand backyard food production in Melbourne? What policies / resources / networks do we have now – and what others do we need? 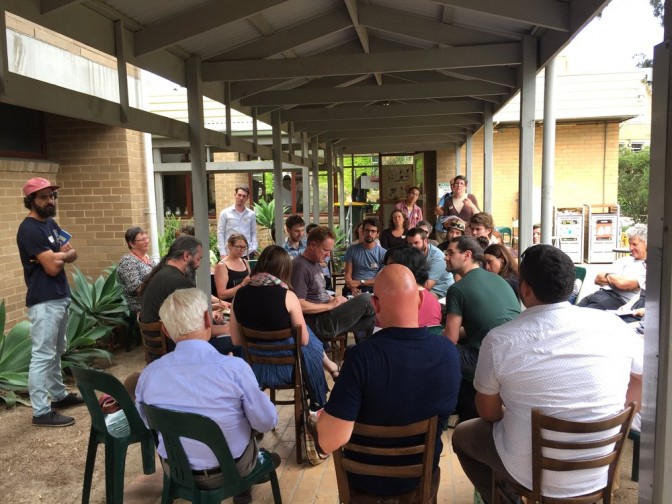 Initial Questions: How can the high cost of land in Australia’s major cities be overcome as a barrier to establish productive and commercially viable urban farms? What viable production methodologies and marketing strategies are available to make urban farming viable and widely practised? 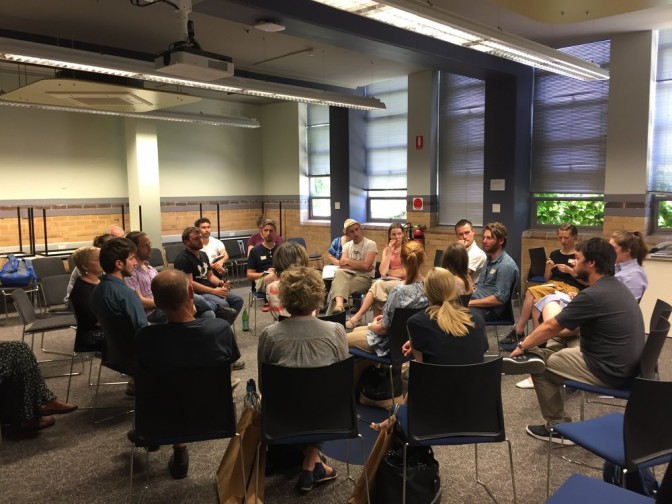 Focus Questions: What role can and should local government play in supporting the expansion of urban agriculture & urban food systems in Australia? What barriers currently exist (State / Federal – planning etc.) and how can they be addressed?