Back in 2018, Sustain: The Australian Food Network’s Executive Director, Nick Rose, spoke to Matters Journal about the pressing need to transform Australia’s disused urban spaces into public pockets of food production. As author, Melissa Howard remarked at the time - this vision isn’t too hard to swallow. It’s now 2020 and COVID-19 has rapidly changed Australia’s understanding of food security and in many cases, added even greater barriers for people to access food. Here’s a look back at the ideas we knew needed to come to life then, and certainly need to come to life now.

Australia loves to consider itself a foodie destination, but imagine a city where every inch of public space is covered in something you could actually eat. Urban agriculture expert, Dr Nick Rose, believes our cities are ready to feed themselves. Melissa Howard catches up with him only to discover his ideas aren’t that hard to swallow.

Dr Nick Rose, corporate lawyer turned fair-food scholar-activist, has a vision for our cities. He wants us to embrace urban farming to the point that when we walk down the street we’ll be able to spot food everywhere. “You’ll see fruit and nut trees, vegetables in planter boxes and on street verges,” he says. “People will be gardening, kids harvesting fruits and vegetables, and people sitting out in their front gardens sharing food, tips and recipes. Nobody is hungry, we don’t have malnutrition and food is a source of happiness, health and wellbeing.” If that sounds like a crazy pipe dream then, well, you haven’t met Dr Rose.

Rose is the executive director of Sustain: The Australian Food Network, where he sees his role as helping to promote the transition to a better food system. One that feeds all Australians well, cares for our land and ecosystem, and pays farmers fairly. A tall, sometimes-bearded man with a large grin, Rose is today wearing a t-shirt with a cauliflower and an eggplant on it, both holdings placards: “The future is vegetables” reads the cauliflower’s sign and “Occupy lunch” says the eggplant’s. “You can’t work in urban agriculture and not look a bit like a hippy,” I say. “Very true,” he agrees.

Rose is showing me around a huge shared site in the Melbourne suburb of Alphington where Sustain and Melbourne Farmers Market have received funding from the Lord Mayor’s Charitable Foundation for a new project. The Alphington Food Hub will grow 500 square metres of food, host a weekly farmers market and a commercial kitchen, co-working offices, a farmers’ depot, and aims to give “everyone dignified access to good food at all times”. 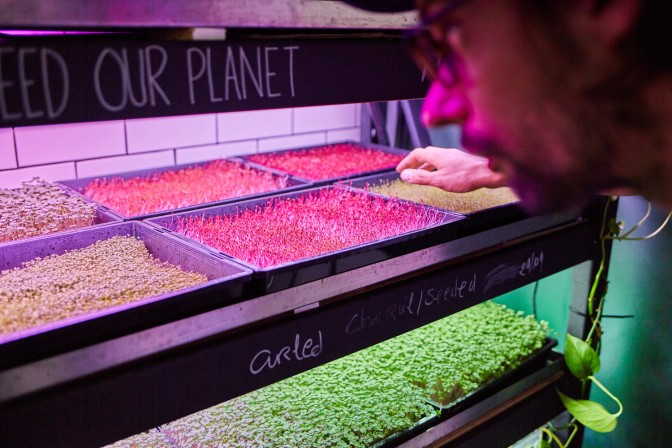 I start by asking him what exactly is urban agriculture? “Urban agriculture, is the raising and growing of food by people in their own homes or shared spaces in, or close to, urban centres,” he says. It is, he tells me, community gardens, it is aquaponics, it is your elderly neighbour with nets over her peach trees and overflowing tomato produce she bottles once a year. It’s pots of herbs on the balcony of apartments, it’s keeping chooks and goats in the suburbs, and it has enormous benefits. “Anyone who walks around the city will know there are lots of empty blocks of lands that have a fence and weed growing out of concrete. Urban agriculture makes those spaces beautiful and makes them productive. It can provide employment opportunities for young people and provide markets to sell the produce to cafes.”

Rose believes that positive mental and psychological health benefits are an untapped benefit of urban agriculture. “When I was in Argentina I visited a mental health hospital where part of their therapy for people suffering from depression was participating in community gardening,” he says. “It certainly made a difference.”

Using food and urban agriculture to benefit our mental health could help confront the health crisis we are facing on a global level. The International Panel of Experts on Sustainable Food Systems (IPES) released a report in October 2017, which stated that the current cost of the negative health impact of our current global food system is a staggering US$13 trillion – that’s one sixth of the GDP. If we add on the environmental negative effects, that’s another US$10 trillion.

“Every week we see stories in the media about the dysfunctional nature of our food and agricultural system and the impact it is having on our bodies, our communities, our children’s future, our eco systems and on our climates,” Rose says. “Any of the major challenges that confront humanity right now, so much of it comes back to the way we produce, distribute, consume and dispose of food. It’s a crazy situation when the way we feed ourselves is actually harming ourselves,” says Rose. “The need for change is screamingly obvious and urgent.” 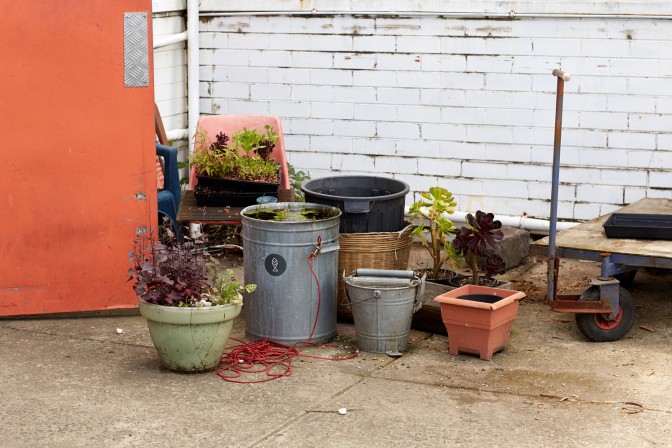 So, if urban agriculture is the way of the future and the solution to so many problems then why are we not doing it? Why isn’t every centimetre of land growing stuff? “The biggest obstacle is easy access to land,” he says. “A lot of our most agriculturally valuable urban land is eaten up by sprawl, add in steep land prices for private land and government reluctance to make Crown- and council- owned land available to community groups as other barriers.”

Rose is critical of something he calls ‘land banking’. “Developers acquire land and then don’t do anything. It’s land that’s left vacant, sometimes for years, and it seems like a huge waste of resources and opportunity. Even if it’s going to be built into apartments or something, there’s no reason why in the meantime, it could be a year, a couple of years, it can’t be made productive.” Rose believes incentives, such as a rates discount, could be used to entice developers to let their land be used temporarily. I suggest, similar to the Daniel Andrew’s Victorian government’s legalisation to tax empty houses to force more homes onto the rental market, we tax blocks of land that sit vacant? “I like the way you’re thinking,” he laughs. 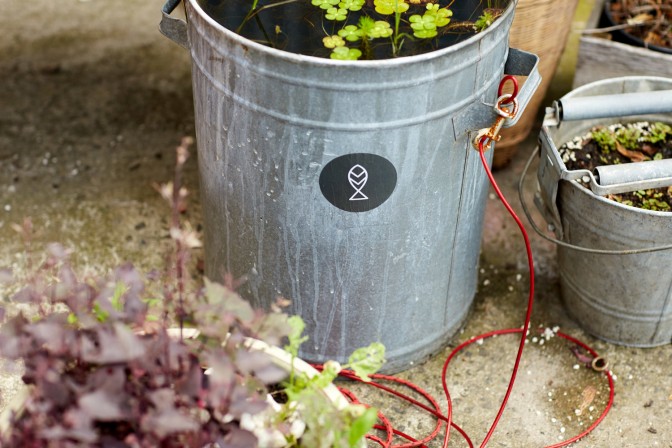 But for now, Rose is co-editing an anthology on Australian urban agriculture and recently held Sustain’s Urban Agriculture Forum in Melbourne. Rose hopes the [work he’s doing with the] forum will put Australian urban agriculture in the public eye and bring farmers, gardeners, researchers, city planners, policy makers and the public together with a united vision to make Australian cities and towns edible. “If we are really serious about a healthy population, if we are serious about climate change we need to support people to do this,” he says. "It’s just the right thing to do.”

This article is republished with permission from Matters Journal.